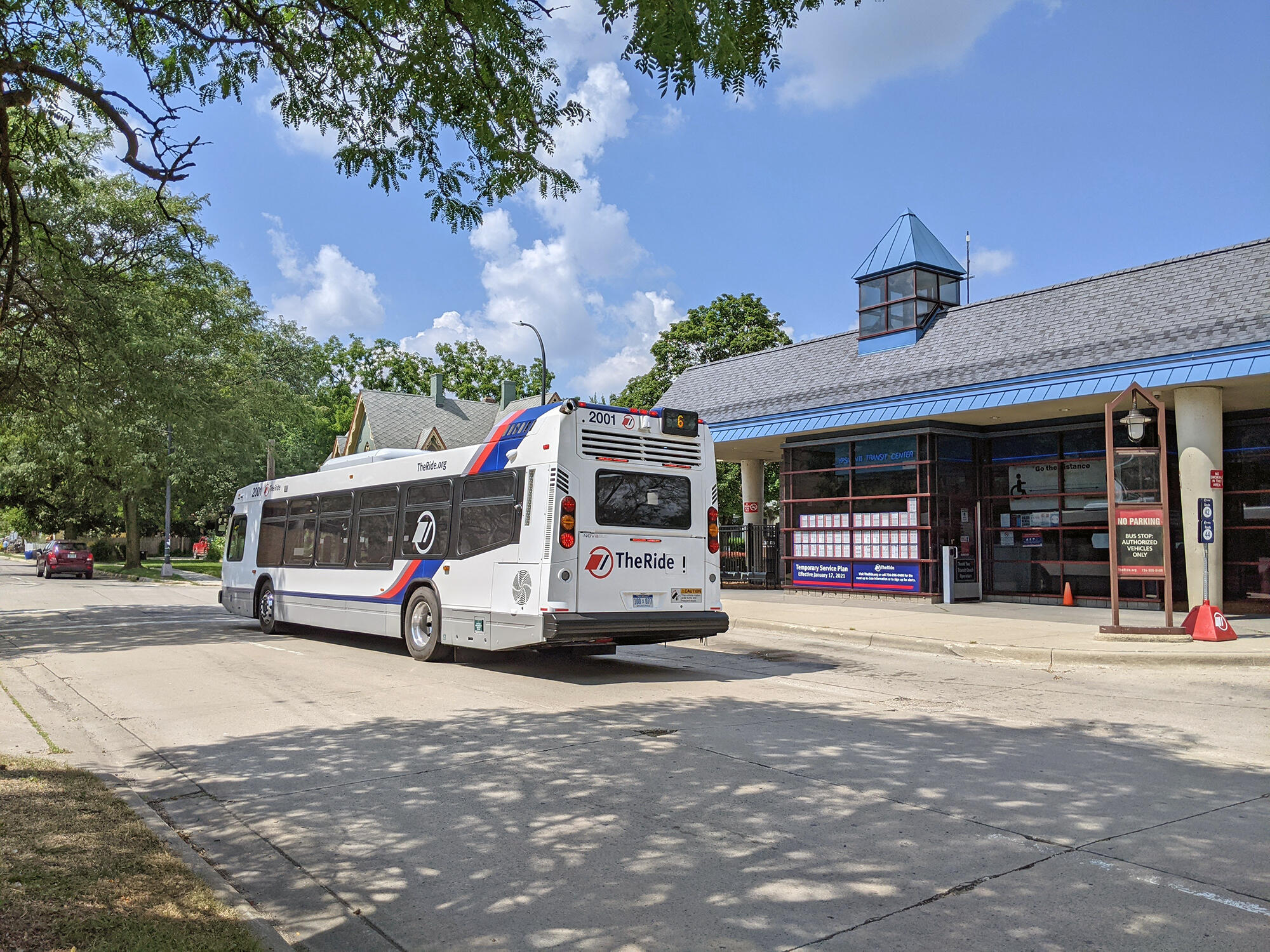 ANN ARBOR, MI — The Ann Arbor Area Transportation Authority (TheRide) announced today that a bipartisan federal government funding bill for fiscal year 2022 that President Joe Biden recently signed into law includes $300,000 to support early planning activities for an estimated $16 million plan to build a new, larger and improved Ypsilanti Transit Center, which would make it the biggest investment in downtown Ypsilanti in decades and possibly a catalyst for further renewal.

“On behalf of AAATA and our entire community, we want to thank U.S. Sen. Gary Peters for his instrumental leadership in helping us to win this essential first phase of funding for what we anticipate will be a transformational infrastructure investment that will benefit public transportation passengers and employers in Ypsilanti and beyond,” said TheRide CEO Matt Carpenter.

“This new federal funding is another step forward in a historic effort that will enable TheRide and the communities we serve to provide access to new opportunities, promote and create family-wage jobs, advance equity, tackle climate change and meet growing and evolving transit and mobility demands,” Carpenter said.

“This government funding bill makes critical investments across our state to improve lives – including to support expansion of a new Ypsilanti Transit Center,” said Senator Peters. “I’m proud to have helped secure these federal resources because Michiganders depend on reliable public transit options every day to get to school, work, the grocery store, or an appointment. Michigan has made important strides in its economic recovery – but it’s critical we build on successes, including by improving the way folks across our state travel and connect with one another.”

After a preliminary study and a series of public involvement forums, TheRide has proposed to demolish the existing Pearl Street transit center in downtown Ypsilanti and build an expanded bus terminal on the same site. TheRide’s Board of Directors has already reserved $1 million in local funding to help pay for costs of planning the expansion project. AAATA leaders also plan to seek additional state and federal funding to complete the construction. An expansion is necessary to help accommodate the current and future growing needs of the community and improve community equity. Ypsilanti has historically seen less public infrastructure investment than many communities in Washtenaw County, Carpenter noted.

“A new, larger bus terminal is truly important for the residents of Ypsilanti, now and for the future,” Carpenter said.

“Ypsilanti has some of the highest rates of transit ridership in Southeast Michigan, but the existing terminal is simply too small to support the increasing needs of the community,” he added. “Without a larger terminal, we will not be able to provide more bus service in future years.”

“On behalf of the residents of Ypsilanti and surrounding area we express our gratitude to Senator Gary Peters for the grant funds for a new bus terminal in our city. It is long overdue and greatly needed,” Ypsilanti Mayor, Lois Richardson said. “The changes being made are welcomed and needed to meet the growing needs of our ridership. We say thank you for moving us one step closer to its reality.”

AAATA has been engaged in ongoing discussions with Ypsilanti elected officials as well as civic, neighborhood and business leaders for several years on the new downtown transit center project. AAATA has included the investment in a new Ypsilanti transit center as one of the major future projects in its emerging Long-Range Plan, TheRide 2045.

However, AAATA officials say no final decisions have been made about the configuration of the new building and more discussion with the Ypsilanti community is necessary before reaching consensus on a final site plan that respects surrounding historic buildings.

TheRide is available to answer questions and address concerns.